June Film Review Round Up by Pixie Britton 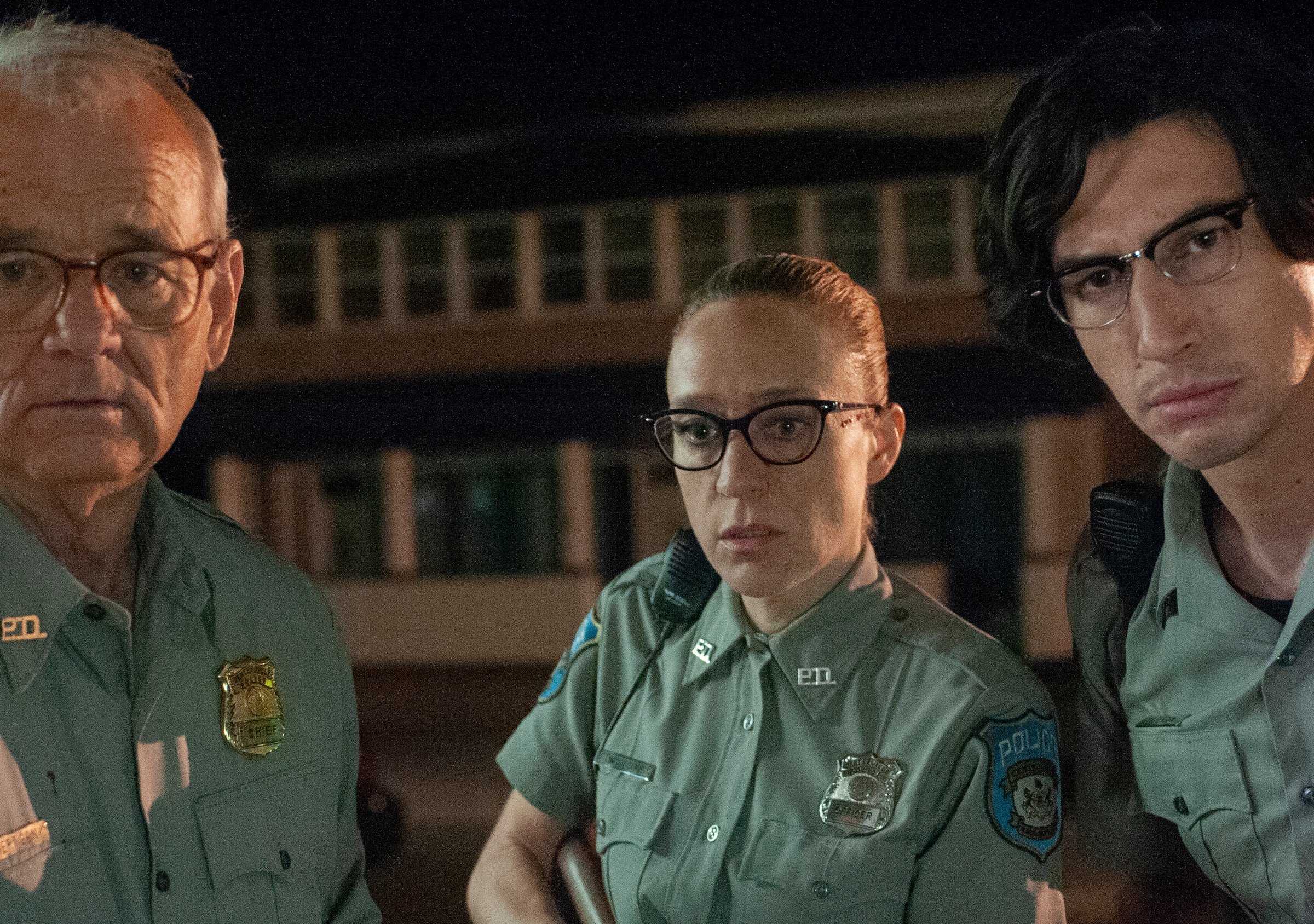 You know when you finish watching a terrible movie, and you realise that you’re never going to get that 2 hours back? In some cases, it can be life-affirming. It makes you appreciate the little things. On the other hand, it can also make you want to smash your Playstation with a baseball bat.

I had one of those moments last night after watching The Dead Don’t Die, and I ended up going to bed with an irrational red mist hanging over me… and here’s why.

Before I go any further, if you still wish to subject yourself to this movie, I’d suggest that you skip this review because it has all the spoilers. But hopefully, you’ll take heed of my warning and maybe my anger will at least make you giggle.

The Dead Don’t Die started as a mildly compelling, tongue-in-cheek zombie film with a dry sense of humor… until the last 25 minutes. The end of this film was so bad, I felt like the director was mocking me for watching it.

With such a stellar cast, I was lulled into the false sense of security that it must be good. Hell, it’s starring some of my favourite actors. But even Bill Murray’s charm and Steve Buscemi’s wit could not save this terrible film.

The story is set in a sleepy American town in the middle of nowhere called Centreville, when one day, government fracking on the Earth’s poles causes the entire world to shift on its axis. At first, the animals start to go missing and the daytime bleeds into the night… and then eventually, zombies start to crawl out of their graves.

At this stage in the movie, I was quite enjoying it. The old school Romero-style zombies were great. I didn’t even mind the lack of gore. In this film, instead of spraying the characters with blood, decapitated zombies exploded into dust… imagine if you saw someone farting into a bag of flour… kinda like that, except these zombies would literally go POOF, and then drop dead. Fart jokes aside, I kinda liked it. Although you have to wonder, with such a stellar cast, maybe they simply ran out of budget and had to come up with a cheap, mildly amusing alternative – who knows…

The film was littered with great quirky characters played by Hollywood legends… Adam Driver, Tilda Swinton, Bill Murray, Steve Buscemi, Danny Glover, Selena Gomez… there is even a cameo from rock legend Iggy Pop as one of the first zombies. This film had ALL the stars, and yet, their performances couldn’t save it. It wasn’t even that it was acted badly, it was the ending that made no sense.

For some unknown reason, the director decided to end the film by breaking the fourth wall… i.e the characters realising they were in a film. But it added no value to the storyline whatsoever. It literally added nothing. It served no purpose in adding humour, it didn’t create a big twist. It did nothing, other than make me angry.

At the midpoint in the film, the director hinted at breaking the fourth wall, when Officer Ronnie played by Adam Driver and Chief Cliff Robertson played by Bill Murray are listening to the radio in their cop car. The song The Dead Don’t Die came on, and Officer Ronnie comments, “This is the theme tune.” At the time, I groaned internally. I’m not a fan of films that break the fourth wall at the best of times, but sometimes it works, for example, Ferris Buellers Day Off. On that basis, I was willing to stick with it and see it through to the end.

The film ends with mortician Zelda Winston played by Tilda Swinton, who until this point, has been roaming around town as a white-haired, Scottish assassin, killing the undead with her samurai sword. She agrees to meet Officer Ronnie and Chief Cliff in the cemetery. They don’t question why, they simply agree to meet her there.

When they inevitably get surrounded by the zombie horde in their cop car, Chief Cliff questions why Officer Ronnie constantly states that everything is going to end badly. His response was… because I read the script. They then watch Zelda get into an ALIEN SPACESHIP and leave earth – you can’t even make this up. After her swift exit, both cops die in a very mediocre battle with farting zombie heads, and then the credits roll…

Breaking the fourth wall didn’t add humour, it didn’t change the outcome of their fate, it did nothing. Everyone died and no one cared.

So, there you have it. One of the worst films I have watched in a very long time, and hopefully, you won’t make the same mistake as me.

I rate this movie, two terrible zombie head farts out of ten.

Unlike The Dead Don’t Bother, the brand new post-apocalyptic series on Netflix called Sweet Tooth is definitely worth a watch. I wasn’t sure what to think about this series going in, but I have to say, I was pleasantly surprised. I still have a couple of episodes to go, so unless it ends terribly, I highly recommend that you check this one out.

Originally a comic book series, the story begins after a devastating global pandemic wipes out the vast majority of the population. As the world begins to crumble, human mothers start to give birth to ‘hybrids’ – half-human, half-animal children. Pockets of society blame the hybrids for the spread of the virus, so many children are forced into hiding. This is where we meet the main character Gus, a half boy, half deer hybrid, surviving in the wilderness with his father.

As the story unfolds, we are introduced to several characters with separate yet parallel stories. Each plot thread is interwoven perfectly, resulting in a highly addictive series. There’s a certain magic to this story, unlike anything else I’ve seen in the post-apocalyptic genre, and strangely it works. If you have teens at home, you could probably watch this with them because there is very little gore. But that doesn’t mean that it’s without action and suspense.

Overall, if you’re looking for something a little different, check this one out and let me know what you think. In case you missed it, here’s the trailer:

Have any of you guys started watching Black Summer yet? You know, probably the best zombie tv series going? Well, I watched the first episode the other night and I forgot how stressful it is. For 50 minutes, my butt cheeks were clenched and my hands were balled into fists. Quite the picture, huh? After the credits rolled, I sagged into to sofa and laughed,

Ah yes, this is why I loved the first season so much.

It’s stressful viewing… but in a good way.

The thing I love about Black Summer is the gritty realness. The characters make silly mistakes but not in an annoying way. As chaos ensues, it easy to imagine yourself in that situation, because as much as we like to believe that under our geeky exteriors we’re all ass-kicking zombie killing warriors like Daryl Dixon, most of us (me included) would be woefully inadequate, just like the beloved Lance in Black Summer who can barely wield an ax.

You’ll get my full review next month once I’ve finished it but if it continues on this trajectory, we’re in for a bumpy ride.

Have you watched it yet? I’d love to know what you think. Post your comments at the bottom of this thread – no spoilers!!

And lastly, we have a brand new trailer for Ashin of the North, a spin-off from Kingdom – the legendary Korean zombie series.

This trailer speaks for itself, so really you should just watch it. But in case you are wondering, this epic ‘sidequal’ explains the origins of the mysterious resurrection flower and follows Ashin on her quest to seek vengeance for her lost tribe and family.

Have you watched Kingdom? If so, what did you think?

That’s it for this month. If you’d like to receive more content like this, including free books, author updates and amusing stories about my cat Pudding, you can join my monthly newsletter. Grab a FREE copy of my short story prequel, and you can sign up today.