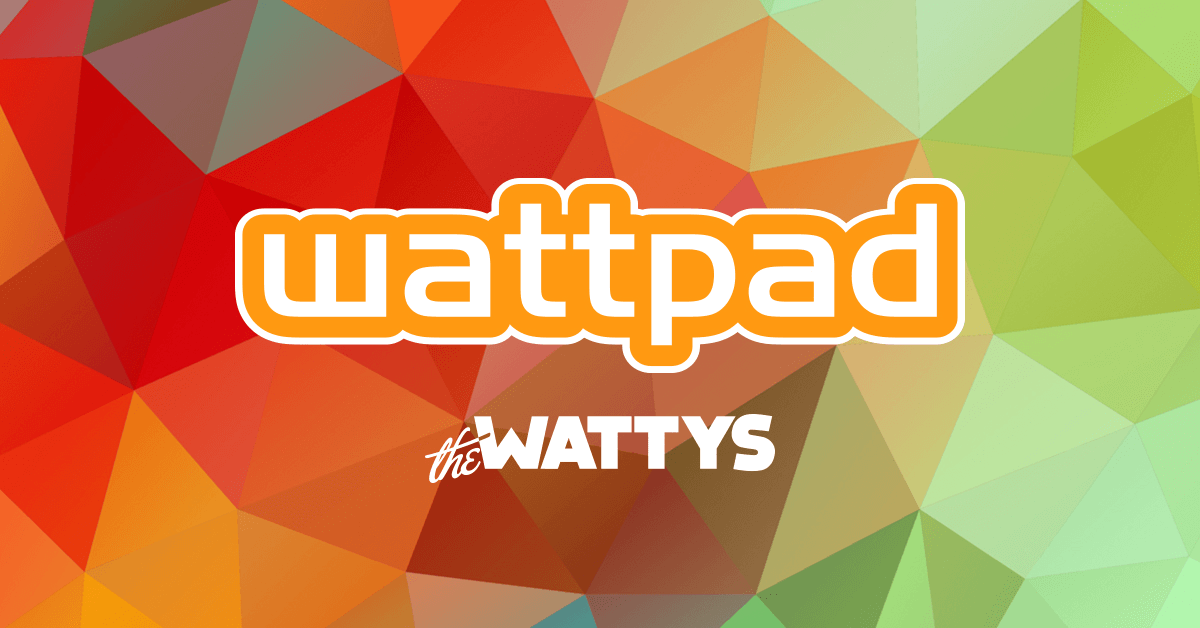 In this blog I explore how an indie author can use the wonderful social media platform Wattpad to receive structured feedback, increase their reader base and create a brand.

Some authors would say that it’s counter intuitive to give away your story for free, and as an Indie author, it’s hard enough to make a salary from selling books as it is, without giving away content. But with over 40 million users world wide, Wattpad is considered the biggest social media platform for authors and books readers worldwide, so it begs the question:why would you not use this bountiful resource at your finger tips to grow your fan base?

For many new indie authors, they are doing exactly that, and my goodness they are nailing it! As a result, traditional publishing houses are now latching on to the success of these innovative indie authors and are using Wattpad to scout for future talent. If used correctly, Wattpad could be the catalyst for creating a legion of loyal fans, who will avidly follow your career and pay for future works. So even though you’re not seeing immediate returns on sales from your book, you are essentially laying the ground work for future sales.

As an indie author that’s in the process of publishing my debut novel with Matador in the UK; Wattpad has been integral in launching my career as a writer. On a very basic level, Wattpad has provided me with the confidence to pursue my goals of becoming a published author; which in my mind has been invaluable.

Within the space of 5 months, I have personally gained over 100k reads on my novel Kill or Cure and have built a fan base of voracious readers that have kept my novel firmly in the top 1000 horror books in the Wattpad book chart. For any new author that has zero fan base and no real concept whether their novel is good enough for general publication, Wattpad is a great place to start.

I’ve personally found that readers can be quite forgiving in terms of the odd typo and are very vocal on plot themes and characters they like. Equally, they will soon tell you if they think certain elements in your stories simply don’t work. Readers are also able to highlight sentences and comment in-line with your story, as well as ‘like’ the chapter as whole.

As a result, authors can receive real-time feedback from their readers. The ‘like’ function also gives you an indicator on how quickly a reader binges your book, or if they’re not as the case may be. This is enhanced by the Wattpad analytics, such as the ‘completed reads by part,’ which indicates how many people have completed a chapter from start to finish. So in other words, you can see quite clearly if there are points in your novel where the plot sags, and the reader puts your book down either temporarily or permanently.

As you can see – the overall benefits of using Wattpad are plentiful; indie authors can gain visibility on the areas that work, as well as the areas that don’t work. If you have any pacing issues, that will quickly become apparent, and you’ll be able to engage with your readers and receive constructive criticism from your target audience. At the early stage of your indie career, what can be more valuable than that?

So the million dollar question is; once you’ve received your feedback and tweaked your story, what techniques can you use to create a fan base and enhance your brand on Wattpad? Here are some useful tips that will help you along the way to becoming a Wattpad super star and author entrepreneur: 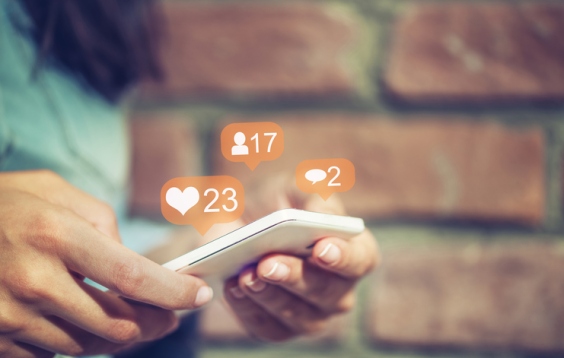 1) Engage with your readers
In my mind this is a pretty basic and obvious tip. Talk to your fans, find out what they like, find out what they don’t like. Be nice and encouraging. Many of the readers on Wattpad are Generation Z, so if your target audience are YA / teen fiction readers – it pays to be nice, quite literally. One day, these people will be buying your books. So if they can connect with you on a personal level, they are more likely to follow your career and to continue buying your books for years to come.

2) Respond to comments on your book
One of the most wonderful things on Wattpad is the overwhelming enthusiasm of the readers. If you have an action-packed story line, or plot twist where your readers are on the edge of their seats, you’ll receive lots of comments. Respond to these comments as much as possible; after all, the more comments / engagement your book receives, the higher your book will be ranked, which increases your visibility…and before you know it, you’ll have a snow ball effect where your book shoots up the list to the top 20 on Wattpad. This is what happened to me in the space of five months; Kill or Cure went from 6k reads to over 100k in a matter of weeks.

3) Professional profile set up
When you create your profile, make sure that it is a good representation of you as an author. This is one of the first things that readers look at when they find your novel. It doesn’t need to be an exhaustive autobiography, just a few key points about you, your inspirations and your plans as an indie author. I would also recommend that you include a picture of yourself, rather than a cartoon frog for example. You want your readers to know who you are and take you seriously as an author.

4) Release chapters episodically
In the golden age of Netflix where viewers tune in on a weekly basis to eagerly watch the latest episode of their favourite tv show; readers of Wattpad engage with books in the same way. Therefore, one of the best ways to increase hype about your novel, is to post a new chapter regularly and at the same time every week. If readers know the exact time / day you will be posting the next chapter, you’ll often have several hundred people jumping in to read it at the same time; which again pushes your book up in the genre book chart.

5) Challenge your readers at the end of each chapter
This is another great way to engage your readers. Many authors on Wattpad will ask their readers several questions at the end of each chapter via an author’s note. By creating this forum where readers can actively voice their opinions on certain plot points or characters, you are opening up a platform for discussion.

As an experiment, I openly asked my readers: if this book was made into a movie, what actors would play the characters? At first glance, this might seem like a completely egotistical question to ask my readers, but actually there was method in my madness. Firstly, I wanted to know if my readers visualised my characters in the same way that I did, and secondly, I anticipated that this particular question would result with high levels of engagement, and I was interested to know how high this particular question could push my book up the chart.

As I expected, this question resulted with a hot debate among readers and managed to push my book to 22 in the chart; which meant, my little ol’ indie book was nestled amongst the professionally published novels and the Watty award winners. Not bad huh? Now you might be thinking that it’s more of a popularity contest on Wattpad, rather than writing good fiction; but honestly I couldn’t disagree more. There probably is an element of that, like all social media platforms, but at the end of the day – your book has to be good for the readers to be engaged and to keep coming back for more. So you can be the most social person on Wattpad, but if your book is rubbish, readers will lose interest and stop reading.

6) Create a launch squad
If you’re an indie author reading this blog, you have probably heard that to be successful, you must have a mailing list. When I went to the London Book Fair in March 2017, this was drilled into me throughout the various seminars. However, I couldn’t help but wonder; how the hell was I supposed to do that? Since then, I’ve done my research and there are various marketing techniques that you can do to build your mailing list.

One way that I am experimenting with now is by creating a ‘launch squad’ on Wattpad. With my debut novel due for release in February 2018, I have ‘recruited’ a team of my most voracious and enthusiastic Wattpadders, to help promote my book on their various social media platforms. The theory is, by incentivising my launch squad with a free signed copy of my book, and access to a spin-off short story on one of the main characters, they have volunteered to actively promote my book on their social media platforms, pre-order the ebook and write an honest review on amazon or good reads. On top of that, my launch squad have all provided their email addresses, so as well as promoting my book, my mailing list is growing.

So there you have it. Those are my top tips on using Wattpad to increase your reader base and create a brand. For me personally, Wattpad has been integral in finding my voice as an author, and has quite literally changed my life. I know that sounds like a terribly romantic sweeping statement, but it’s the truth. I had always liked the idea of being an author, and as an avid book nerd, I’ve spent a large portion of my life with my head in a novel. Wattpad gave me the confidence I needed to push forward and turn my far-fetched dreams into words and pages. So download the app and post a chapter or two, because you never know – it might just be the beginning of something great. 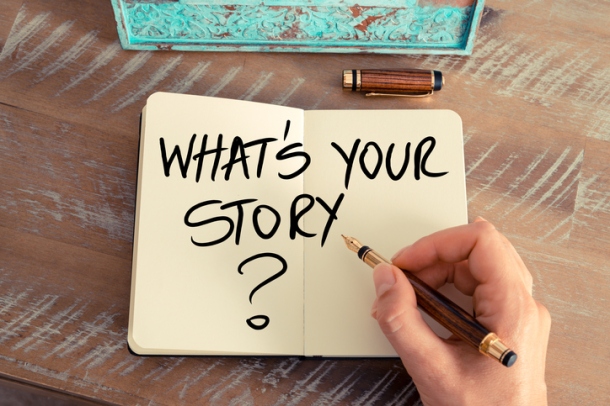