Posted on September 9, 2021 by pixiebritton 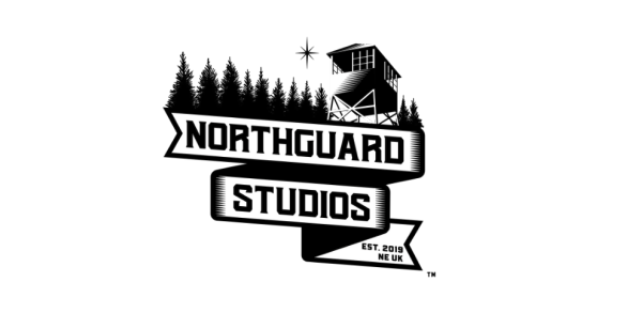 Charlie is an avid explorer, keen filmmaker and professional dancer from a small fishing town in the North of England (roughly where Winterfell would be) He loves taking mini trips to filming locations with his girlfriend and inking his body with memories and film related art.

Pixie: Can I get you anything to drink? Tea, coffee… maybe even a beer. It’s midday somewhere in  the world, right?

Charlie: Is it possible to have a beer with a shot of coffee in it? As an Englishman I have the innate  ability to drink alcohol at any time of the day, but as a creative…coffee is our life source.

Pixie: So, we met a few years back at Walker Stalker Con, I think it was actually in 2018 – man, has  it really been that long? You were kind enough to take a punt on the first book in my series,  and now that I think about it, you were one of the first sales of the day. Since then, we have  been chatting on Instagram and have developed a love / hate kind of relationship haha…  especially when it comes to THAT ending of Kill or Cure Oblivion (we can come onto that  later) But the great thing is, I’ve had the opportunity to see your production company  Northguard Studio’s really flourish. So, to start things off, can you tell us a little bit about Northguard Studios and what inspired you to start your own film company.

Charlie: As for Northguard Studios…how long have you got? From a young age I knew that I was fascinated by the medium of film. Whether it was going to the cinema or turning off all of the lights in my room to stick on a DVD, films always allowed me to escape into another world. The funny thing is, I always thought I’d be the one IN FRONT of the camera, lapping up the limelight in Hollywood. It  wasn’t until later on that I started to have a fierce attention to detail within films which  then eventually lead me onto wondering “I wonder how they got that shot?”

As life went on I started receiving cameras for various Birthdays and Christmas’, the silly  home movies were made on windows movie maker and I found a passion for creating, no  matter what it was. Eventually I studied TV and film production at University and that  became the final confirmation I needed to know that this is the industry I want to go into.  It was during my time at University that Northguard Studios began as a side gig for a little extra cash alongside my then part-time job at a trampoline park. If you’re good at something, never do it for free, right?

Without knowing, my then side gig became a route into an actual career in the industry because when applying for filmmaking based roles, you almost always need a showreel to strengthen your CV – and I had just spent the last 3 years creating my a** off. So, that worked out well haha.

Pixie: In addition to being a filmmaker you’re also a dancer, which has hugely influenced your branding and projects. You even created an amazing dance series on YouTube called Midnight Marauders. How did this project start? Was it initially a vehicle to showcase your skills as a director? Or do you have  bigger plans for this?

Charlie: I think I always knew that my dance would  eventually creep into my filmmaking life, and it did so in the best way possible.  Midnight Marauders is actually a love child between myself and my fellow crew member/best friend, Rob Law. He always wanted to branch out into that side of the dance world because it was something we had been inexperienced in, and that branch of the dance scene was dominated mostly by London based dancers. It was honestly just a bit of fun at first but then we gained massive traction within the dance  scene and people wanted to see more, so we continued it!

Eventually the Midnight Marauders series was split into two seasons. The first being very  ‘outdoor’ orientated and the second, more of an urban/industrial feeling. The series even got me hired at both a sales company in Manchester, working as their sole videographer, and as a freelance filmmaker for HDI Dance Camp, an international events company that  hosts dance classes for dancers all over the world. Midnight Marauders has been put to rest for now as myself and Rob focus on an even bigger project (my lips are sealed!) but  who knows… we may have to come back with a bigger budget and a bigger idea for  Midnight Marauders, Season Three.

Pixie: Like me, I know you’re just starting out on this crazy creative journey. So, I have to ask –  what’s your vision for Northguard studios? Where do you see yourself in say, five years’  time?

Charlie: I’m glad you asked me this questions because usually people are dumb founded for an answer and pick something easy like…having more money, more work or retired haha. Whenever I’m asked this I am always brought back to Matthew McConaughey’s speech from when he won best actor at the Oscars in 2014. He was asked this same question and he said that he would always be chasing himself and striving to be the best version of Matthew McConaughey. I 100% echo this thought process so I guess my answer to that question is; in five years time I hope that I’m a better Charlie Eve because a result of that will be a better Northguard Studios.

Pixie: I always talk about this with my closest author friends, so I’m curious, what’s your moon shot goal? You know, that total pipedream goal that feels so far out of reach. Would it be to direct and write your own film? Or something a little more tangible like, having employees in your thriving company or earning a seven-figure salary? What’s that one dream that pushed you into pursuing this career in the first place?

Charlie: Honestly…I’d be happy with being a runner on a Hollywood scale production. I’d die happy  after that but if I have to speak my dreams into reality, I guess it would be writing and  directing my own film. I tell myself all the time that maybe I should just write a script in  the hopes to sell it on but I’m such a control freak over my own projects that I’d pull my  hair out if a single scene was changed from my original idea. Ask me this question again  when I’m halfway through directing my own Hollywood film and I’ll tell you if it was worth  it, ha!

Pixie: I think we need to briefly talk about Oblivion. Over the years, I’ve had a lot of reviews for my series… including some very mixed emotions about THAT ending. But I have to say, your reaction has probably been cemented in my brain as the most… dare I say, emotional. I think at first, you were livid… then you were sad… then you were happy(ish), I hope ha. So,  without giving away any spoilers, have you forgiven me for ripping out your heart?

Charlie: No. Next question.

Okay…I will say this. The type of reaction I had after finishing your series is the reaction I BEG for when reading a book or watching a new TV show. Without those feelings, I don’t get attached to a character or story and I feel like that’s really dangerous. If you had played it safe and kept your readers happy…that would be BORING. I’m glad you reached out of the pages, into my rib cage, and ripped my heart out. Why? Because now I want MORE. GIVE. ME. MORE!!!!

Pixie: Before we part ways, what’s next in store for you? What are you working on now? And where we can find out about Northguard Studio’s?

Charlie: You can find Northguard Studios either on YouTube, under the same name or head over to our instagram page (@northguard_studios) where I have all the content you need to at least want to grab a coffee with me. As for now…I’m currently working on a music video for the world’s biggest Beyoncé impersonator/drag queen that will go up on a huge video wall at  UK Black Pride. So that’ll be fun!